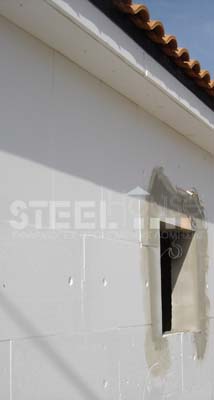 The characteristics of EPS depend on its strength and quality. The classification is carried out based on a new law of 2006 according to the compressive strength. In the SCS system is used at least expanded polystyrene EPS100 according to the specification ΕΝ 13163: 2001 and is denoted by CE.


Advantages of the material :

Rockwool belongs in the category of fiber insulating materials. The fibers which are thinner than 4 or 5μm, are made of natural ores such as basalt, limestone, dolomite and bauxite. 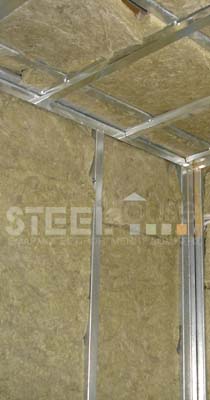 The rockwool which is used in the SCS is denoted by the certification CE according to ΕΝ13162 and fully complies with the European direction 89/106/EEC which certifies its appropriateness to be used in constructions. In the SCS construction system is used rockwool of an average density of 50kg/m3.

Advantages of the material :