STEELHOUSE's first official presence in Athens took place in May 2008 at the Constructions 2008 exhibition at the Helexpo exhibition space on Kifisias Avenue. The presence of STEELHOUSE in Athens was impressive since a two-storey sample of 75 sq.m. was built in the exhibition. in real scale where stakeholders had the opportunity to see the complete SCS.

During the exhibition STEELHOUSE organized a day for the presentation of LSK and light steel structures to the Greek public. A committee of the European Organization for Thin-walled Metal Structures (LSK) officially participated in the meeting. 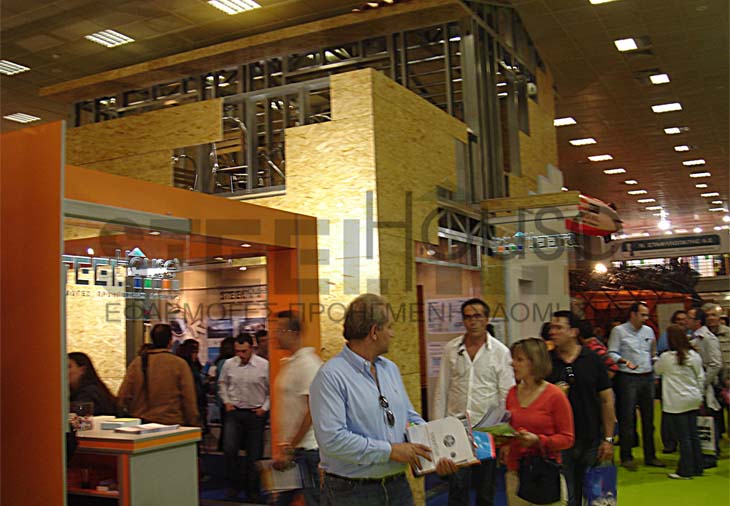 The STEELHOUSE stand was one of the most impressive and complete of the exhibition. The complete construction of light steel was something that had not been presented again to a wide audience in Greece and certainly aroused the interest of all those who went through the exhibition. 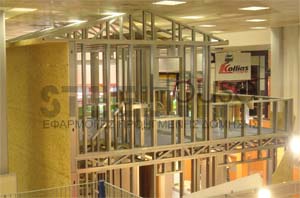 STEELHOUSE had the opportunity to present in more detail its system and the LSK through a day which was organized within the framework of the exhibition. During this day, LSK and its programs, STEELHOUSE projects, the advantages of steel were presented.

LSK was officially invited by STEELHOUSE and attended both our booth and the conference where it presented its program.

The two-member committee of LSK that arrived in Athens consisted of the General Secretary of LSK Mr. Pierre Quaquin and the head of the technical department of LSK Mrs. Natividad Pastor. An official guest was Nader Elhajj from FrameCad Solutions, who represented one of the largest companies in integrated thin-walled steel building solutions. 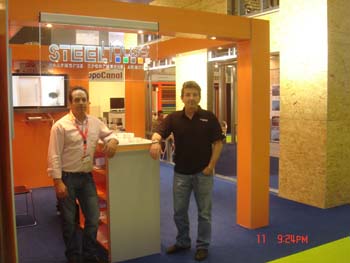 We would like to express our thanks to LSK and FrameCad Solutions both for their support and for their presence at the conference which enabled the Greek public to get to know the building systems with lightweight galvanized steel. 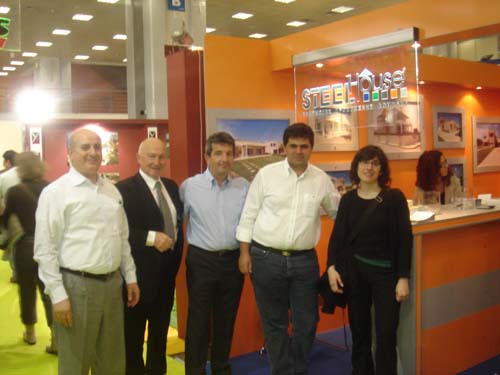